Research has been one of the focal elements in 180DC’s understanding of environmental and status quo variables, generating purposeful and relevant insights.

Peruse to enlighten yourselves on different trends and Data points identified and presented to you by 180DC SRCC.

Originating from the Kyoto Protocol, Carbon Trading or Carbon Emission Trading is the process of buying and selling carbon credits or permits which allows the holder of these credits/permits to emit carbon dioxide up to the limit for which the credit is there. This type of system gives incentive to reduce emissions even if a few countries are not doing so. This is done with the aim to reduce carbon dioxide emission as the world tries to move towards a goal of net zero emission. Over the years, this policy has been widely adopted by countries across the world. In the Indian context, the Bureau of Energy Efficiency has been at the forefront of promoting this policy with its Perform, Achieve and Trade (PAT) scheme.

180 Degrees Consulting, SRCC presents a comprehensive report on Carbon Trading, analysing its objectives, performance, reasons for the failure and recommendations to improve the same.

END_OF_DOCUMENT_TOKEN_TO_BE_REPLACED 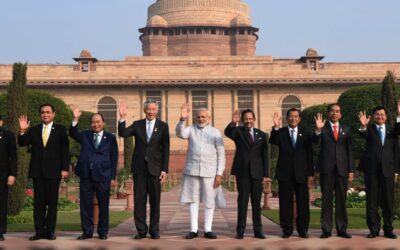 After gaining independence in 1947, India under the leadership of Prime Minister Jawaharlal Nehru, highlighted a desire to model its foreign policy firmly by placing key emphasis on building close diplomatic relations with fellow newly independent Asian states. Over the years, the Look East Policy thus created transformed into “Act East”, and India proactively moved to strengthen its foreign policy.

Over the past few months, the Research and Analysis Department of 180 Degrees Consulting, SRCC has carried out extensive research into the Act East Policy’s origins, frameworks and initiatives from a holistic perspective. We thus curated a report, wherein we delve deep into India’s rich history of strategic, economic and political ties in the subcontinent, and analyze the policy’s pertinence and impact. Subsequently, we have also provided policy recommendations in this report that could go a long way in resolving certain loopholes in the current trajectory, and strengthen the rigour with which the policy has been implemented till date.

Learn more about India’s Act East Policy, and how the government aims to strengthen the country’s strategic positioning in the subcontinent

END_OF_DOCUMENT_TOKEN_TO_BE_REPLACED 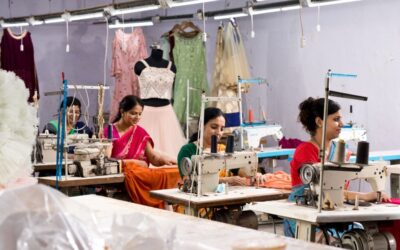 ‘National Policy for Skill Development and Entrepreneurship’ was launched in 2009 with the prime motive of driving up employment rates in India through human resources training. In 2015, the aspect of entrepreneurship was introduced to boost business acumen in the youth.
The Policy aimed at using the unique proposition of India as the youngest nation of the world, to implement its objectives. But, being an ambitious policy, it faced certain failures and drawbacks.

180 Degrees Consulting, SRCC presents a comprehensive report on the National Policy for Skill Development and Entrepreneurship, analysing its objectives, performance, reasons for the failure and recommendations to improve the same. 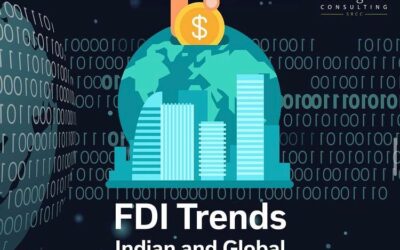 The Research and Analysis Department of 180 Degrees Consulting presents a data report showcasing Indian and global trends of FDI through interactive dashboards. Analysing the trends over the years we present sector wise and state wise attractiveness of investment in India, the major contributors of FDI inflows and lastly comparing the performance of various countries and economies to India.

END_OF_DOCUMENT_TOKEN_TO_BE_REPLACED 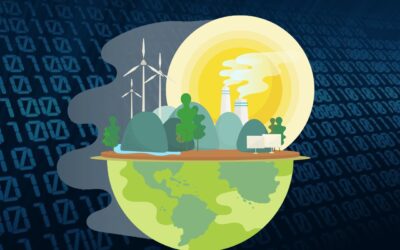 Climate change continues to remain a cause for great worry. Rapidly changing climate, as is observed, is accompanied by adverse consequences. The never-ceasing fire in the Gulf of Mexico, roads around the globe melting due to heatwaves, and shrinking glaciers are only a few of the tragedies that we have to live with due to such climate change.

The Research and Analysis Department of 180 Degrees Consulting, SRCC conducted a thorough research on the different aspects of climate change, within Indian and around the globe, and has visually depicted the same through an interactive data report for you to analyse how climate change, along with several other factors is becoming a cause of concern.

END_OF_DOCUMENT_TOKEN_TO_BE_REPLACED 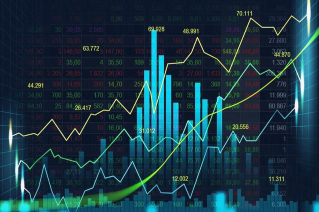 Demonetization which took the entire nation by storm on November 8, 2016 was a landmark move in India’s tax journey. However, even after years of its implementation the debate on its efficacy still remains rampant. Did it actually boost the tax collection? What if demonetization had not taken place?

END_OF_DOCUMENT_TOKEN_TO_BE_REPLACED 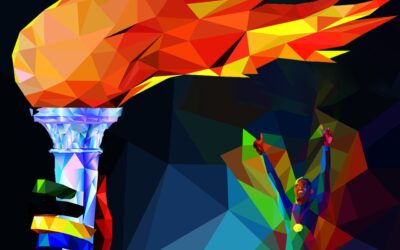 Olympics is a mega event for all across the globe, but especially for the country hosting the event. The relation between the Games and the economy of a nation has a special relation, that goes and impacts both ways: The games impact the economy and the economy impacts the performance in the games.

END_OF_DOCUMENT_TOKEN_TO_BE_REPLACED 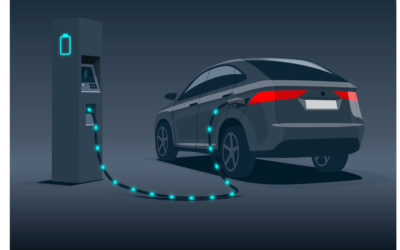 The Electric Vehicles Industry in India is still in its developmental stage; however, it carries with it a huge potential to grow with increasing concerns over the pollution and environmental degradation caused by gas-powered vehicles.

As rightly said by Fatih Birol, Executive Director of the International Energy Agency, “We have to use cars much more efficiently. We have to look at alternative technologies of cars such as biofuels or, even more importantly, electric cars”

This extensive report delves deeper into topics such as the Emergence of Electric Vehicles, Cost-Benefit Analysis, and Recommendations among various others; a thorough read of which would adequately summarise all the key elements that constitute the EV Industry in India..

END_OF_DOCUMENT_TOKEN_TO_BE_REPLACED 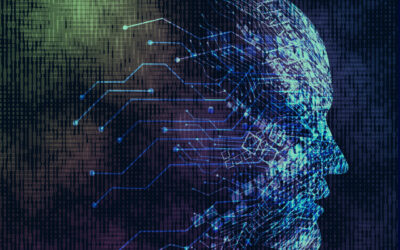 We are in a digital economy where data is more valuable than ever. With each passing day its usage, its generation, its importance is increasing tremendously.

The rapid development of digitalization contributes to the ever-growing global data sphere. From time to time there are tools and technologies that act as a catalyst. Over the last decade such catalysts were smartphones and social media. Over the
next few years, a new catalyst will be 5G networks, and by 2030, 6G
networks with speeds of 1 terabyte per second.

Data being the new oil of the digital economy has surpassed the value of precious resources like gold or oil. However, along with the opportunities that data unfolds, there also exists a threat to privacy that is to be tackled. 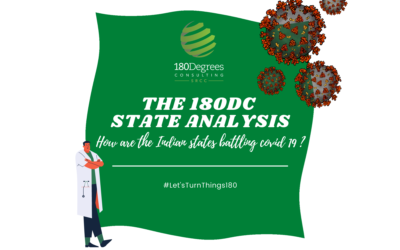 Amidst the economic doldrums, various nations have come up with their own strategies to tackle the pandemic. However, India with its diversity, has a different pandemic situation in the state level itself, with cases and problems varying across each state.

In this series, we peruse through the scenarios among various states, analysing their problems at the grassroots level, and ultimately coming up with solutions, justified with a touch of consulting.

END_OF_DOCUMENT_TOKEN_TO_BE_REPLACED 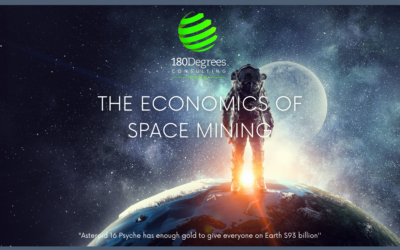 It has been said that the world’s first trillionares will be the ones who make their fortune in mining – asteroid mining.

This extremely lucrative option is predicted to be the next goldrush, with huge corporations like SpaceX and Amazon betting on it’s future. But is it as lucrative as it seems, or is too good to be true?

END_OF_DOCUMENT_TOKEN_TO_BE_REPLACED 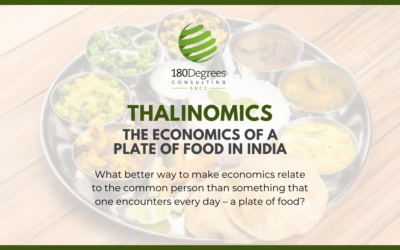 The Economic Survey of 2019-20 tabled by Finance Minister Nirmala Sitharaman dedicated a whole chapter to ‘Thalinomics’, in an attempt to explain that ‘thalis’ or wholesome meals have become more affordable to the common man over a 13-year period across India.

‘Extraordinary belongs to those who create it’

From renting out DVDs through posts to bringing original content to our phones, Netflix has travelled a long road.

The ‘Streaming revolution’ brought by Netflix not only brought the cost down & redefined the content consumption but also disrupted the entire Entertainment industry.

END_OF_DOCUMENT_TOKEN_TO_BE_REPLACED

From selling books online to becoming the major player of the book industry of the world, Amazon has grown huge. The ‘Online retailing revolution’ brought by Amazon not only saved the costs and helped the authors but also disrupted the entire Book Industry.

END_OF_DOCUMENT_TOKEN_TO_BE_REPLACED 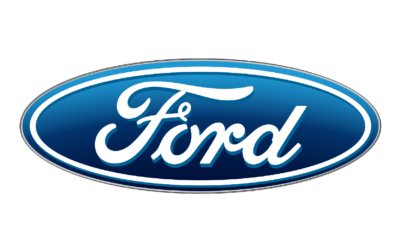 The assembly line method developed by Ford continues to be the standard of production in the industry today, with its implications reaching out to other industries as well.

From starting in a small garage in 1896, to producing one of the best selling cars in 1929, Ford brought about a revolution in the automobile industry of it’s time.